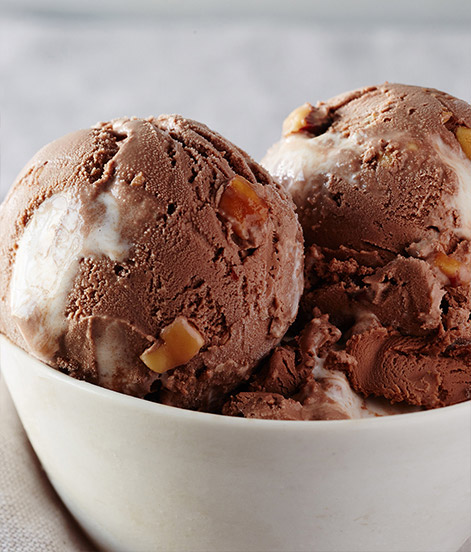 Our world today has prescribed  measures of standardisation which does not leave any room for Belgium chocolate ice cream with Brownie chunks dipped in Aber Falls dark chocolate coffee liqueur!! Yummm!!

The world will have us believe that only vanilla ( I have nothing against the ice cream) and a few very slight variants  are good for you and indeed get you palette ready for the more exotic kinds. Oh well!!

Why would want the non-standard ice cream? After all it is a risk and comes at a hefty price.

Let’s see, even clothes. If you are not ready to buy the standard size and designs off the H&M’s and Mango’s of the world sure you can go to one of the boutiques and get customised designs but remember there is a risk and yes there is a price. Why not stick to the standard; you can buy five or more for the price of one. And then there are the SALES as well, think about all the advantages!!

The world will have us believe that the standard has a sense of security with least risk; it helps you blend in.  But there exists a world beyond this. A world that has been hand crafted by the dreamers and the risk takers who went out and said – I want the Belgium Chocolate ice cream; vanilla is just not good enough for me.

What do these people have in common?

Apart from the dreaming and the ability to take a risk; they did not conform to the standard measurement of anything – not intelligence, not economic viability and not even the standard system of working. They have ruled by breaking all the rules.

So here I am talking the complete opposite of what I wrote in my last article. But if you read carefully, I am not. It really is an extension to it.

I understand that the generation seem to be focusing on the shortcomings of the education system and are driving themselves to being discontent and hence looking for an alternative where there is none to be found. Do I blame them? No!

And yet the-keep-it-safe attitude kicks in because I too am conditioned like that. Unfortunately majority of our children will grow up conditioned to conform to the standard. They too would look at the wildflower and believe that it would not bloom when the time comes and not be able to appreciate the fact that the wildflowers, unlike the rose, are more resilient and can grow in even the most hostile conditions. And yet, while the rose will find their way into the conference rooms and get to enjoy the air conditioning- the wildflower will have to brave the outdoors and breathe the fresh air.

I wish on the other hand that we could teach the children the beauty of individualism. The advantages of knowing oneself and then adding these to reach a destination that is unique to them. Maybe one day they will learn to question what is taught but in a healthy manner.

They learn to question IF it had happened instead of WHAT happened in a History class. Maybe then they could analyse the situation better in order to apply it to their future. Perhaps even imagine that IF the British did not rule India back in 20th century and instead partnered with India and treated all equal. Allow the children to imagine a cricket team with the strengths of England and India (Pakistan and Bangladesh). Think about the economic power. Think!!

They learn to question the HOW instead of WHERE in geography and perhaps learn how they can save the shift in agriculture. The capital of the states can be found on GOOGLE!!

Give the children a bag of plastic and ask them to get rid of it – waste management. When they bury it out of their sight for lack of an alternative, that is when they will understand the Pollution Problem–and that would be one big Physics lesson done without words!!

The world has moved towards the customised life whether it is ice cream, clothes or cars. Why are we not adapting our Education? The other things are not half as important, and yet we have this misunderstood devotion to the standard education which churns out students with standardised intelligence and dreams. Don’t our children deserve MORE?

So do we let them take a plunge and give up education all together??

Maybe not!! Not just yet anyways, but instead of marking them down and calling them a fool for thinking in a non-standardised manner – Try EMPATHY. Do not ridicule their attempt to chase their dreams; rather try to see their dream with them. For once – Give them a CHOICE.Maybe then you can find a balance between your desire of standard achievements and your child’s attempt at UNIQUE EXCELLENCE!!

I am an education consultant since 2004. I have worked with top ranked universities from across the world. A Mother of two , I understand most concerns that parents have. I counsel and help students and parents to chose a direction that is in their interest. I read anything that catches my attention. I write about things that matter to me. Music keeps me going. View all posts by pratimamittal

I am writing this section for one simple reason.  I want you to think before you take any decisions – especially about your Career and Education. The decision should be true to you, benefits you and therefore should be researched and filtered to suit you. It may sound complicated, but it really is not – all you have to do is BELIEVE .